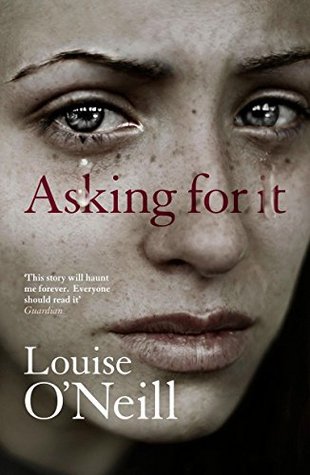 From the pen of Irish author, Louise O’Neill, Asking For It (2015) comes at an important time when rape culture and the scrutiny of female bodies is more prominent than ever.

The novel explores the case around an 18-year old girl, Emma O’Donovan, who is raped at a house party. O’Neill very diligently discusses issues of contemporary culture including social media, the virality of online imagery and video, gossip, and, of course, rape culture. She delves deep into how some teenagers discuss sex, from their questionable language to their attitudes towards physical attraction.

The story, most importantly, highlights the insufficient legislation surrounding rape laws in the Irish government, and also the toxic response to victims of sexual assault. There is a very much “sweep it under the carpet” response to the assault as the O’Donovan family become ostracised from their community.

O’Neill raises the issue of how ill-equipped Irish society is in response to sexual assault and the lack of discourse surrounding it. Emma’s friends abandon her, engage in cyber bulling with words like “slut”, and suggest that she is seeking attention rather than coming to her aid and listening to her. Even her parents somewhat blame her rather than giving her their support. As a result of the still-silencing environment of Post-Catholic Ireland, and the abandonment from most of those around her, Emma internalises these responses, which results in she, herself, abandoning legal action.

The central thesis really hits home: Irish society is intoxicated by shame, and victims of abuse suffer the most from it. O’Neill’s novel demands that things must change.